Home > Events > Even as We Breathe: A Novel by Annette Saunooke Clapsaddle 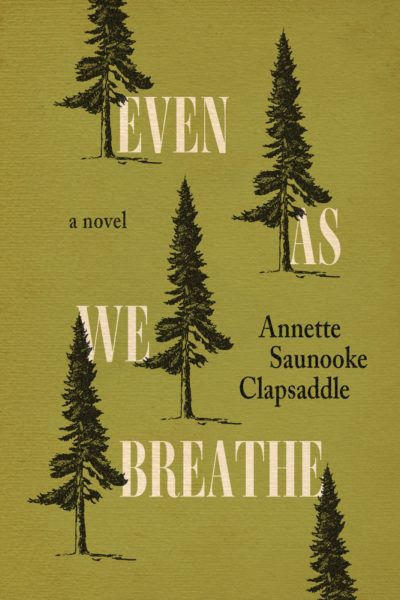 Even as We Breathe: A Novel by Annette Saunooke Clapsaddle

Nineteen-year-old Cowney Sequoyah yearns to escape his hometown of Cherokee, NC, in the heart of the Smoky Mountains. When a summer job at Asheville’s luxurious Grove Park Inn & Resort brings him one step closer to escaping the hills that both cradle and suffocate him, he sees it as an opportunity. With World War II raging in Europe, the inn is the temporary home of Axis diplomats and their families, who are being held as prisoners of war. Soon, Cowney’s refuge becomes a cage when the daughter of one of the residents goes missing, and he finds himself accused of abduction and murder.

Even as We Breathe invokes the elements of bone, blood, and flesh as Cowney navigates difficult social, cultural, and ethnic divides. After leaving the seclusion of the Cherokee reservation, he is able to explore a future free from the consequences of his family’s choices and to construct a new worldview, for a time. However, prejudice and persecution in the white world of the resort eventually compel Cowney to free himself from larger forces that hold him back as he struggles to unearth evidence of his innocence and clear his name.