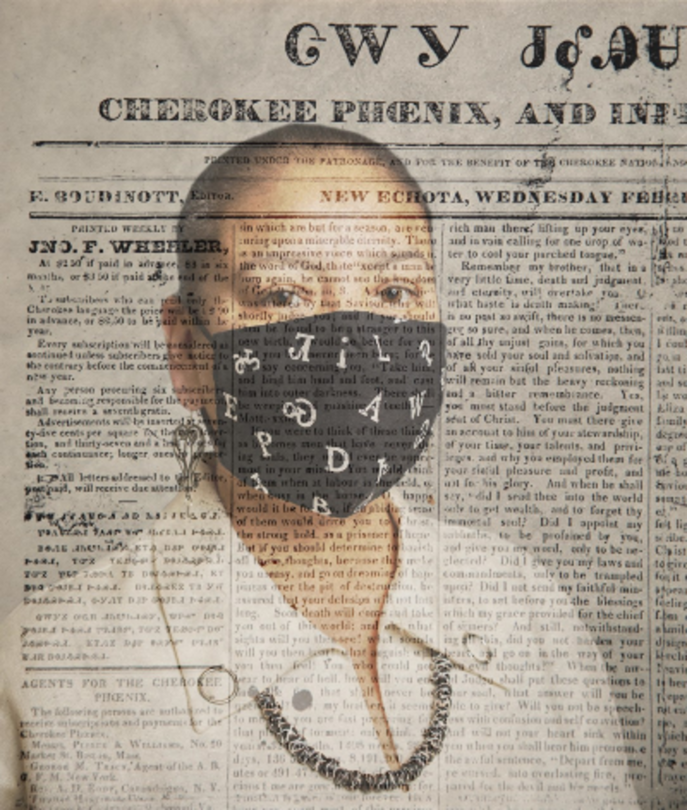 The generosity of the Museum’s Collectors’ Circle members and additional contributors has enabled the Asheville Art Museum to acquire 25 new artworks for its Collection at the end of 2021. The Museum welcomes artworks created throughout the 20th and 21st centuries in a range of media by both regionally and nationally recognized artists. These artists include Peggy Bacon, Lynda Benglis, Sanford Biggers, Terry Haass, George Morrison, Robert Motherwell, Marilyn Pappas, David Stewart, Ansei Uchima, and Asheville-based Liz Williams.

A highlight of this year’s Collectors’ Circle acquisitions is a grouping of works by artists featured in the exhibition A Living Language: Cherokee Syllabary and Contemporary Art, on view at the Asheville Art Museum through March 14, 2022. This exhibition was co-organized with the Museum of the Cherokee Indian in Cherokee, NC. The curatorial team identified the 14 artworks by artists of the Cherokee Nation or Eastern Band of Cherokee Indians not yet represented in the Collection to augment not only the Museum’s contemporary holdings but also the holdings of Cherokee artists working today. Artists represented in this acquisition include John Henry Gloyne, Christopher McCoy, Tara McCoy, Rhiannon Skye Tafoya, Jakeli Swimmer, and Alica Murphy Wildcatt of the Eastern Band of Cherokee Indians and Jeff Edwards, Kenny Glass, and Jennie Wilson of the Cherokee Nation. These artworks contribute directly to the Museum’s commitment to collecting from and supporting contemporary Indigenous artists, especially those with connections to the unceded land upon which the Museum sits. “Through a vibrant array of materials, colors, and perspectives, the Cherokee syllabary finds an evocative, contemporary form of expression at the hands of the artists in this exhibition,” said Assistant Curator Hilary Schroeder of this group of work. “There is a power in words, both written and spoken. I often find that power to be amplified in a work of art, when those words are placed in the context of composition, symbolism, and an artist’s intent.”

The Museum’s Collectors’ Circle is a specialized group formed to encourage the exchange of ideas and interests, art learning, connoisseurship, and collecting. The group supports the proactive development, stewardship, and conservation of the Museum’s Collection. The Museum is grateful for these new year-end acquisitions, which add to the strengths of its holdings, and looks forward to sharing them with the community of Western North Carolina and its visitors in the years to come.