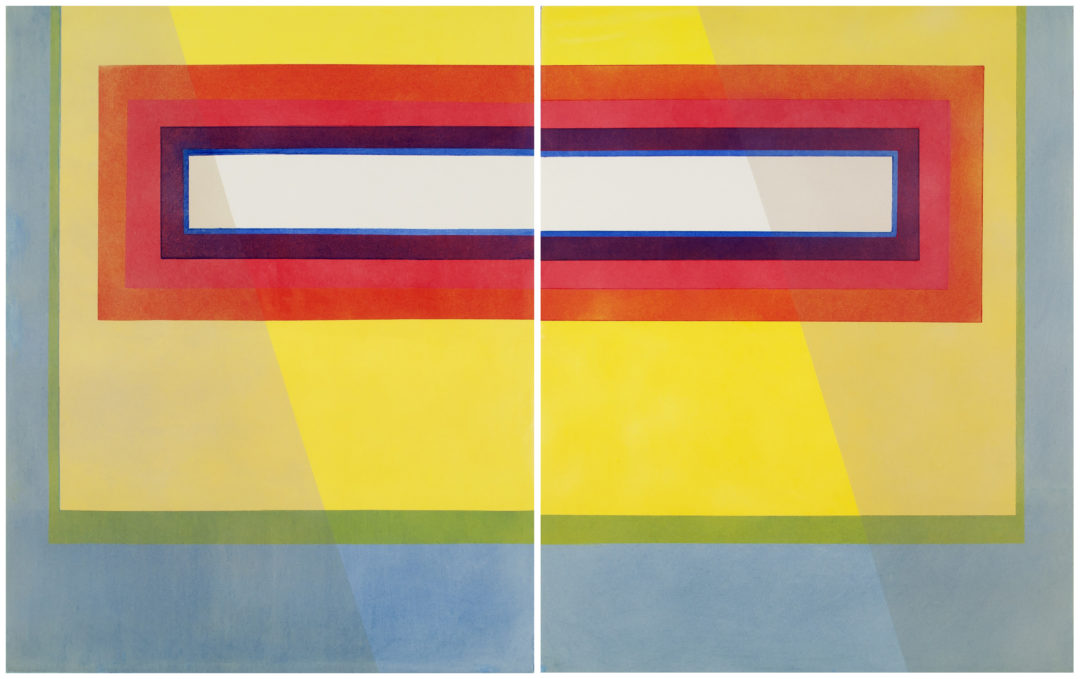 In 1974 artist Harvey K. Littleton (Corning, NY 1922–2013 Spruce Pine, NC) developed a process for using glass to create prints on paper. Littleton, who began as a ceramicist and become a leading figure in the American Studio Glass movement, expanded his curiosity around the experimental potential of glass in the world of printmaking. Littleton invited a wide circle of artists working in a variety of media—including glass, ceramics, and painting—to his studio in Spruce Pine, NC, to create prints using the vitreographic process that he developed, wherein an image is sandblasted, etched, or ground into a glass plate and then inked and printed on paper.

Both the play of light and use of geometry in Light Shadow II create the sensation of a pendant window. Paired, the two halves are like an altar piece or opposing stained glass windows. Littleton’s experiments through vitreography followed similar approaches to those he applied to glassmaking. The bold colors and curiosity around form and line are evident in his prints as well as his lyrical and flowing glass objects.

These prints are on view in Stained with Glass: Vitreograph Prints from the Studio of Harvey K. Littleton through May 23, 2022.