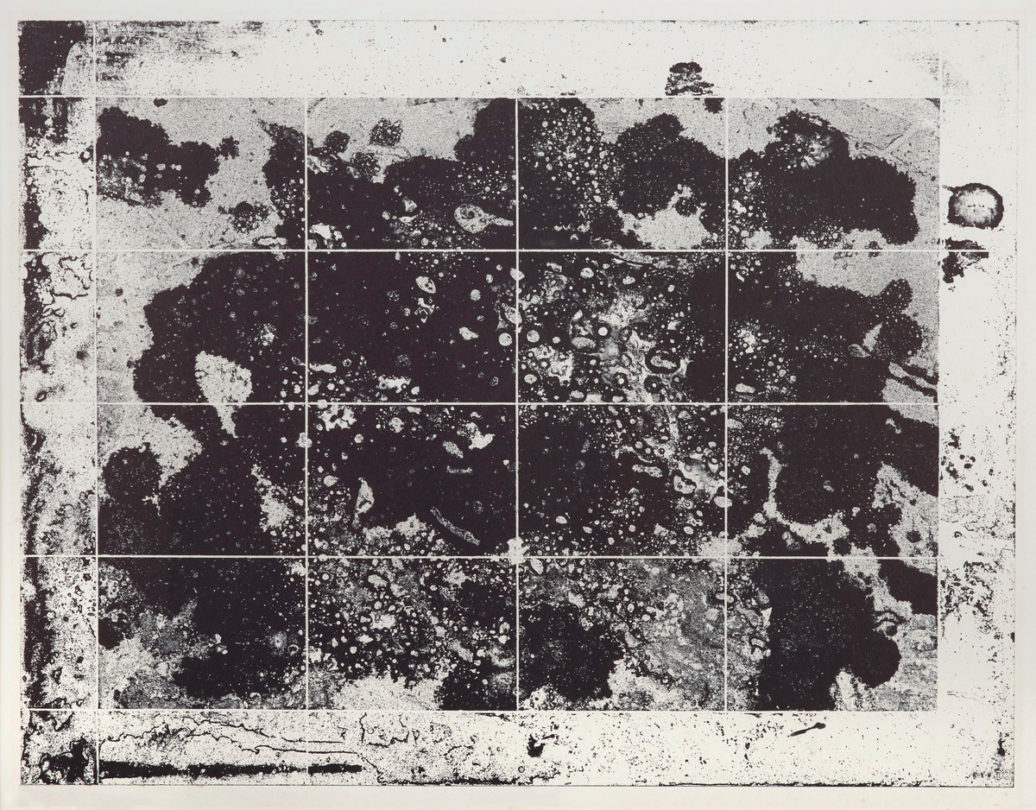 In the exhibition Meeting the Moon, I was most interested to discover that artworks made before the National Aeronautics and Space Administration (NASA) announced their Apollo program to take Astronauts to the moon, the moon was represented in art as a mysterious and often Romantic orb in the sky. After Neil Armstrong, Buzz Aldrin, and Michael Collins made it to the moon on July 20, 1969—and back—the moon and its surface were no longer unknown to humans. It was a destination. Maltby Sykes’s (Aberdeen, MS 1911–1992 Montgomery, AL) lithograph illustrates this just how true this theory is. He isn’t creating a picture of the moon in the sky; he’s creating a map. Lunar Survey was made in 1970 and although it’s abstract, it presents itself as a cartographic diagram of the moon’s surface with grid lines to help one plot their course.

—Whitney Richardson, associate curator and curator of Meeting the Moon