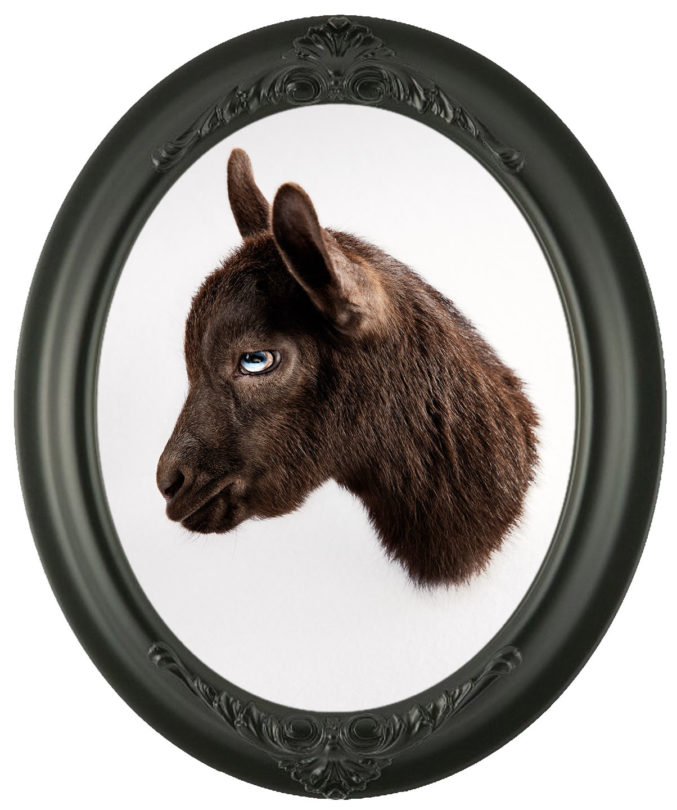 Evan Kafka creates portraits of live animals, ingeniously captured to appear as taxidermy heads in his Trophies series. Caught in a moment of suspended animation, they express their own unique sense of personality.

Equally talented at capturing human emotions, Kafka is known for his portraits of babies and celebrities including Michael Stipe, Chevy Chase, John Legend, and Robert De Niro. His images have graced the covers of  several magazines including TIME, Forbes, and American Way. In a 2015 interview with TIME, Kafka spoke to a photo shoot he did of several babies for their cover story on life extension, “‘Babies make these fantastic expressions, but they are fast,’ Kafka adds. ‘You might not notice them in real life—these transitional moments.’”

This common thread of evoking the human condition with an almost surreal quality weaves its way through his body of work including the three portraits shown in A Telling Instinct: John James Audubon & Contemporary Art, on display at the Museum through May 4.

Kafka lives with his family in Asheville. Learn more at evankafka.com.